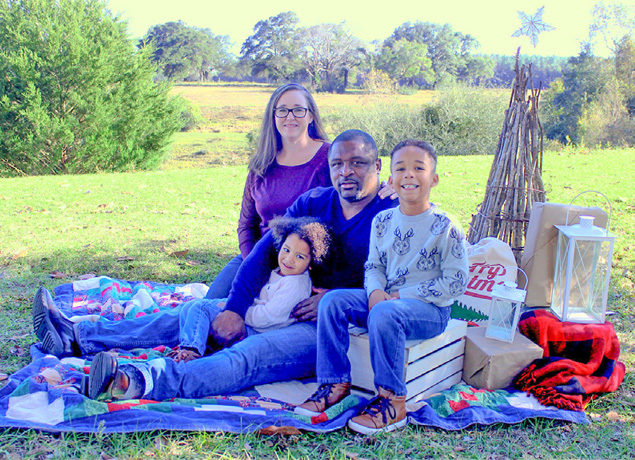 When Alisha Clary had a chance encounter with her former house mother at her goddaughter’s birthday party in 2006, she left with an answer to prayer.

The birthday girl’s mother had lived with Alisha in UMCH’s group home in Milton, Florida when they were teenagers, and staff members from the home were at the party. One staff member mentioned she was retiring and her position would soon be available. “She said it three different times, and I got the weirdest feeling,” Alisha said.

Not long before the party, Alisha had turned to the Lord for guidance because she felt like her life had no meaning. She was working two jobs and constantly felt overwhelmed. “I prayed and asked what He wanted me to do,” Alisha remembered. That night, she dreamed that she was surrounded by young girls. Their arms were together, forming a circle.

As she left the party, Alisha thought about the dream. “I wondered if this was what He was calling me to do,” she said. “I didn’t know if they would hire me because I had lived there.”

They did, though, and one of Alisha’s former housemothers would train her. Now, Alisha serves as a Youth Care Worker at the home. “Basically, I do everything a parent does, but with a lot of paperwork,” she said.

She cooks, cleans and drives the girls to after-school activities, court or counseling sessions. She helps with homework, attends school programs, but perhaps one of her most notable responsibilities is to relate to girls like only she can having walked in their shoes. Whether it’s emotional, relational or spiritual, she acts as a sounding board and offers insight that’s a result of overcoming
have to overcome.

“I wasn’t in exactly the same situation as a lot of the girls, but we had similar experiences,” she said. “Hopefully they can see that there’s hope for something better. You can be better than what
your parents were.”

Alisha came to the group home when she was 16 and stayed for nearly two years. “It was the only place I ever felt safe and loved,” she said. She started college after she left, but had been working
in retail when Abbi Shawyer, the group home’s manager, hired her.

“When Abbi hired me, it was with the stipulation that I would go back to college and finish my degree,” she said. “I think it was the push I needed.” Alisha earned a degree in social work from the
University of West Florida in May 2011.

Now she strives to be a stable force in the lives of the girls who come to the group home. “It’s an awesome place,” Alisha said. “It’s a place where girls come and feel safe, secure, loved and
nurtured. That’s what we hope for.”